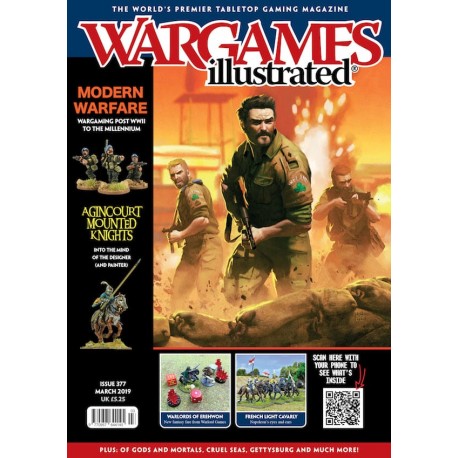 OBSERVATION POST
A look at new and forthcoming goodies in our hobby.

WHY I LOVE … OF GODS AND MORTALS
Wargames Illustrated Silver Award winning contributor James Morris provides us with a piece on ‘Why I Love…’ in this irregular series in which wargamers fly the flag for their favourite rule sets.

THEME: DIEN BIEN PHU
As part of this month’s theme, Paul Leach provides some ideas on wargaming the siege of Dien Bien Phu in 1954 during the First Indochina War.

RULES SHOWCASE: WARLORDS OF EREHWON
We took a trip to ‘Rick’s Place’, to play  these new fantasy rules published by Warlord and written by Rick Priestley.

THREE DAYS IN GETTYSBURG (PART TWO)
Jay White concludes this two-parter about putting together an ambitious convention game based on the wargaming nirvana that is Gettysburg, 1863.

AGINCOURT MOUNTED KNIGHTS – IN MINIATURE
We went to visit designer Alan Perry and quiz him about the make-up of his latest plastic box set. 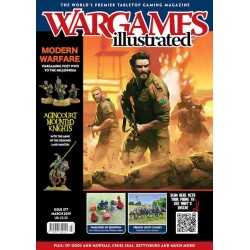