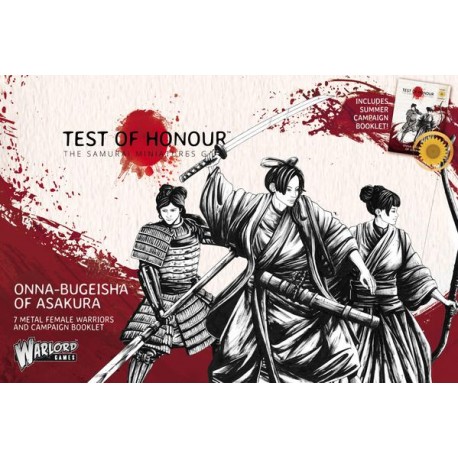 Onna-Bugeisha, a female martial artist, are members of the samurai class. Noblewomen trained to fight for their homes, their honour and their family. These women were not ornaments; they were as dangerous as their male counterparts, amply able to defend their homes and property while the armies were away on campaign. Historically Onna-Bugeisha have been associated with the Naginata and Kaiken as fighting weapons; one very long and one very short! That is not to say they were limited to those weapons and yumi, yari, katana and teppo all feature in an Onna-Bugeisha’s armoury.

Onna-Bugeisha have existed as long as there have been people on the Japanese archipelago although not named as such until much later. The earliest ones being as much myth as a legend, including the very real Empress Jingū (169-269 AD), widow of the Emperor Chūai. She is purported to have led an invasion of Korea which was known for its success without any casualties. Living to 100 years old she is still honoured today and often held as an example of everything the Onna-Bugeisha symbolise.

The warlord studio has worked hard to bring you these stunning and intricately detailed models, perhaps some of the best we have made! 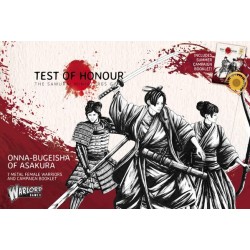