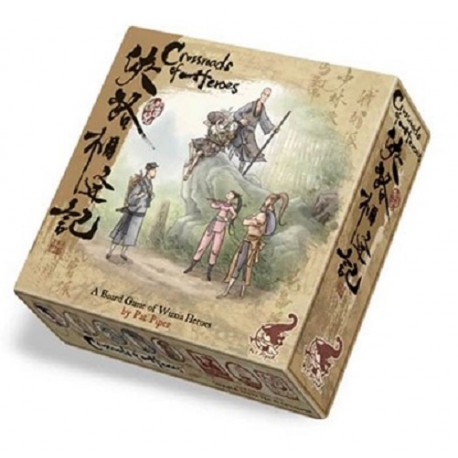 Crossroads of Heroes is a strategic board game designed for 2-5 players and it takes approximately 45-90 minutes to play.

You start the game as a virtuous martial arts hero/ heroine and your goal is to win renown in the Jianghu to ultimately become the Grand Master of Wulin.

In this basic core game, there are five characters for you to choose from, each a member from one of the five most respected sects of Wulin.

Each character will have his/ her own set of character abilities, sect special items, fighting techniques and signature technique based on a distinctive sect philosophy and can play quite differently from the rest.

Renown is earned from winning duels, exploring the Jianghu or employing the various stratagems that are available to you in the game.

There are 3 main types of stratagems - Dark (Yin), Balance (Taiji) and Light (Yang).

Players who opt for a treacherous type of play may choose to turn evil and then take on a dark path to victory. They will no longer be in contention to become the next Grand Master of Wulin. Instead, they must rely on their own evil scheme and murderous plot to win the game. They would become the hated evil scum of the Jianghu!

Turning evil will not only change your appearance, your special ability and base wugong will be altered as well!

And if you are really confident, you can seek out one of the five Masters of Wulin and challenge them to a martial arts duel. Defeating any one of the Masters will not only bring you fame and glory, but you will be rewarded with the secret manuals that will unlock their powerful fighting techniques to you. 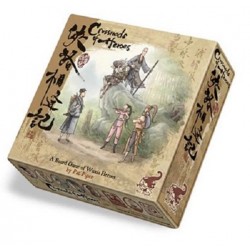 Crossroads of Heroes is a strategic board game designed for 2-5 players and it takes approximately 45-90 minutes to play.