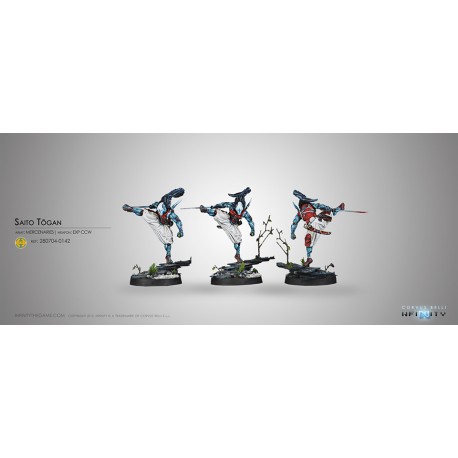 “You’ll have to trust my reputation, because there are no official records of my work: I am a ghost. When my job is done none of my enemies are left standing to remember me, and surely none of my clients would want it disclosed that they paid for my services…”

There is a rumor going around bars where people who know their weapons tend to gather. A rumor about a dead man. Or, perhaps more accurately, a man who “ought to be dead”. This is the kind of story you hear in certain hole-in-the-wall taverns in such unsavory locales as Novîy Bangkok, Shuangdong or Dalniy, the kind of places where the dress code includes a few scars and a few notches in your gun. The rumor, and it is no more than that, is related to the downfall of the Ônishi clan and the man who brought shame to it: Saito Ônishi.

The Ônishi clan was the most reputed ninja clan in the Aomori prefecture, and Saito Ônishi was their best man, the man who conducted the most treacherous missions. Saito owed his success to his meticulous planning of operations and the swiftness and stealth with which he executed his plans. He was destined to be head of the Ônishi clan, but one night it all fell apart during a delicate mission. The operation was a disaster: the girl they were supposed to rescue ended up dead, along with Saito’s support team and every single kidnapper. With no one to interrogate, the reputation of the clan was at stake. The duty of Saito Ônishi was now to report to the family of the deceased hostage and show sumimasen, eternal contrition, by offering his life as an apology for his mistakes.

But Saito never showed up, thus dishonoring his own name and his clan. He became an outcast. Both his own clan and the family of the murdered hostage put bounties on him, and soon he was killed by an Ônishi ninja commando in a blaze of justice and vengeance. That was the end of Saito Ônishi, but it is not the end of this story. Months later, Yoshitsune Ônishi, Saito’s replacement, was found dead in his home. Some say that they found on him video evidence that linked him to the kidnappers of that poor girl. Whatever the case, the Ônishi clan put a cork on it and no one looked any further into the matter. Ever since, there is a new player on the mercenary circuit, an exceptionally stealthy assassin known as Saito Tōgan. He is an expert martial artist with a technique that apparently greatly resembles that of a notorious, ill-fated Ônishi ninja… 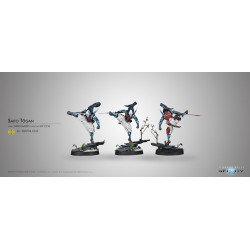