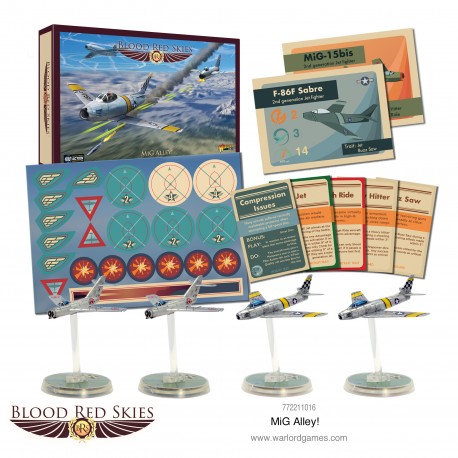 "MiG Alley" was the name given by the United Nations (UN) pilots to the northwestern portion of North Korea, where the Yalu River empties into the Yellow Sea.

The area's nickname was derived from the Soviet-built Mikoyan-Gurevich MiG-15 flown by North Korea (some unofficially crewed by Soviet airmen) and the People's Republic of China airmen.

In response to the MiG threat the UN's P-51 Mustang squadrons began to convert to jet fighters... enter the North American F-86 Sabre.

The Mig Alley set contains all the aircraft cards, pilot discs, traits doctrine and equipment cards you need to take your games of  Blood Red Skies in to the Jet Age! 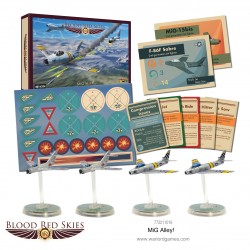