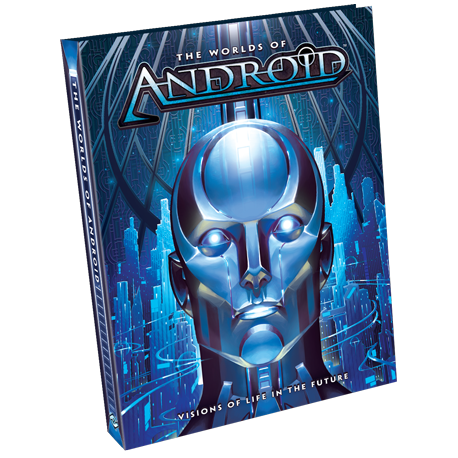 The Worlds of Android

0 0 The Worlds of Android

The Worlds of Android is your definitive guide to Android setting and its unique vision of the future. A beautiful, 272-page hardbound setting guide and art book, The Worlds of Android features full-color art, stunning gatefolds, and a polyphony of narrative voices that convey the immense diversity of human experience in the rich, fictional universe made famous by Android: Netrunnerand the Android board game.

Mankind has spread itself out across the solar system with varying degrees of success. The Moon and Mars are colonized. A plan to terraform Mars is well underway, hindered only by a civil war that has broken out on that planet. On Earth, a massive space elevator has been built, stretching up into the sky. It is the hub of trade in the solar system, and most people refer to it as the “Beanstalk.” Enormous megacorporations, called corps by most, influence every facet of daily life: food, threedee, music, career choices.

Throughout its three sections, The Worlds of Android explores these corps and their most visionary innovations. It explores what technological advances and extraterrestrial expansion mean to a human population that no longer resides exclusively on Earth. And it explores the question of what it means to be human in a world filled with clones, bioroids, and other forms of artificial intelligence. 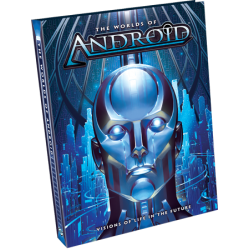 The Worlds of Android