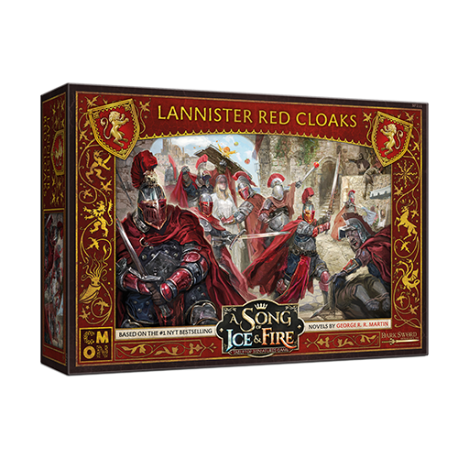 When it comes to House Lannister, they spare no expense on those that take up arms for the House. The Red Cloaks are the Lannisterâ€™s elite guards that patrol the streets in both Kingâ€™s Landing and Casterly Rock. Their resplendent red cloaks, their signature feature, is colored not just because itâ€™s a House color, but as a show of intimidation to the populace. â€śStay in line, or the Red Cloaks will come after you.

The Red Cloaks unit box for the A Song of Ice and Fire: Tabletop Miniatures Game gives House Lannister players a new medium infantry unit for their force. The Red Cloaks are armored in half-plate, the best that money can buy for mass production. This gives them a modicum of defense, able to turn away blows from all but the strongest enemy soldiers. Being paid well also serves them on the battlefield, as they know they donâ€™t want to lose that next paycheck. 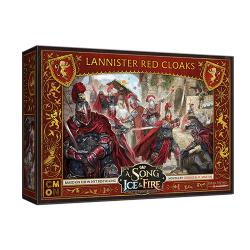